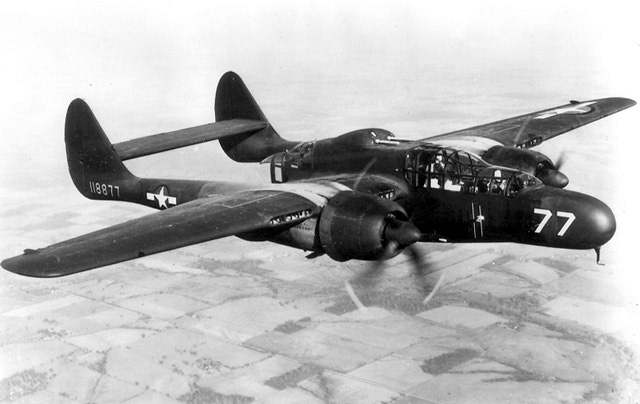 One notable development during World War Two was the growing night air war and the development of aircraft for this role such a the P-61 But the vast majority of night air kills were achieved in aircraft hastily converted from other roles.

Most German night-fighter kills were achieved in the elderly Bf 110, obsolete in the day-fighter role for which it had been created but lethally effective as a night-fighter. The RAF successfully used the Bristol Beaufighter and De Haviland Mosquito as night fighters, but neither had been designed for this role.

Understandably, Britain and Germany led the way in creating more advanced and capable night fighters, as both were subjected to long night-bombing campaigns.

The night-fighter conflict became a separate and parallel air war over Europe in which new technologies such as air-intercept radar saw the creation of aces: German ace Heinz-Wolfgang Schnaufer was credited with the destruction of 121 British bombers, all during night operations.

The P-61 was technically advanced and moderately successful as a night fighter but it is also notable because it inadvertently became the pioneer for an entirely new type of combat aircraft developed after the war: the all-weather interceptor.

In the Autumn of 1940 the Luftwaffe, having suffered unsustainable losses in daylight raids during the Battle of Britain, switched to a night bombing campaign against England. This became known as the “Blitz” and in an eight-month period, more than 43,000 British civilians were killed and it was estimated that one in six people in London became homeless.

Large-scale German night raids on England continued until the Summer of 1941 when the Luftwaffe shifted its focus to the invasion of the Soviet Union.

Early British night fighters were simply day fighters flown at night. Hawker Hurricanes, Boulton-Paul Defiants, and Bristol Blenheims were used, but all struggled to find their targets unless there was moonlight.

It wasn’t until the introduction of the Bristol Beaufighter Mk I provided with airborne intercept radar in October 1940 that the RAF finally began to reliably find and destroy German bombers at night.

America was not formally involved in the war at this point, but one US observer experienced the horrors of the Blitz first hand. Colonel Carl A. “Tooey” Spaatz (who would become Chief of Staff of the USAAF in 1941) was in London during the late Summer of 1940 and his experience there led him to imagine only too clearly what might happen to vulnerable American coastal cities if they were subjected to night bombing raids.

He was able to use his contacts in the RAF to clearly understand the characteristics of an ideal night fighter. Such an aircraft must be stable, easy to fly, and with no inherent vices.

It needed to be capable of staying in the air for long periods but also capable of sufficient speed to close with any enemy bomber it detected. It must have sufficient firepower to destroy such a bomber and above all, it had to be equipped with air intercept radar to allow it to find targets even in complete darkness.

When Spaatz returned to America, he immediately began pressing for the US development of such an aircraft.

In October 1940, Northrop Aircraft’s Chief of Research, Vladimir Pavlecka, was visited by the USAAF’s Head of Experimental Aircraft, Col. Laurence C. Craigie. Craigie explained that the Air Force wanted a night fighter, and he passed to Northrop a draft specification based on Spaatz’ experience in England.

Just one week later, Northrop presented the USAAF with a design proposal for a new night-fighter.

In December 1940, Northrop Specification 8A was chosen against a Douglas Aircraft proposal. In January 1941, the USAAF placed an order for two prototypes of what had been designated the XP-61.

Just two months later, an order was placed for an additional 13 YP-61s for in-service testing and evaluation. So far, the design and procurement process had progressed extremely rapidly. Yet it wouldn’t be until October 1943 that the first P-61s would begin rolling off the Northrop production line.

One reason for the slow pace of development was technical sophistication: this would be not just the first American night fighter (and the first purpose-built night fighter anywhere in the world in 1941), it would be one of the first aircraft built around the concept of using air-intercept radar to locate targets.

Progress was slow and deliberate and in the meantime, American night-fighter squadrons had to use British Beaufighters and the Douglas P-70 Nighthawk, a modified version of the Douglas A-20 Havoc.

The twin-boom design was selected because it gave superior stability and the aircraft was very forgiving to fly. It could also be safely flown on one engine – pilots found that it could even be slow-rolled into a dead engine, something that was lethal on some other American twin-engine aircraft of the period.

The P-61 was also provided with both flaps and unique perforated spoilers. These were used to allow it to close on a target at high speed and then to rapidly slow to under 100 knots for an attack.

The spoilers provided lateral control, but the P-61 was also provided with small ailerons on the wingtips to improve manoeuvring accuracy.

The firepower of the P-61 was simply devastating, with four Hispano-Suiza 20mm cannons and four 0.5 inch machine guns. However, deciding on the location of this armament proved troublesome.

The 20mm cannon was originally installed in the wings, but this was found to make access for rearming difficult. Instead, the cannon were moved to a ventral pack under the fuselage. This kept the muzzle flash of the cannon out of the pilot’s line of sight and enabled rearming without the need for access platforms.

The four 0.5 inch machine guns were mounted in a remote-controlled turret on the upper rear fuselage. Again, this location was chosen because it ensured that muzzle-flash didn’t ruin the pilot’s night vision, but problems were discovered.

The control mechanism and turret itself were also used in the Boeing B-29 Superfortress, and as production of that aircraft ramped up, these components had become increasingly scarce.

At the heart of the P-61 was its air intercept radar. Early versions of the P-61 used the SCR-540 1.5 m wavelength radar, an American derivation of the British AI.IV radar which had a range of around 4,000 yards.

However, later versions were fitted with the improved SCR-720 airborne intercept radar with a detection range of 8,500 yards (around five miles). Crucially, the radar antenna on all models was completely enclosed within the nose of the P-61, avoiding the need for a drag-inducing external antenna as seen on German night fighters.

Small external Azimuth receiver antennae were fitted on the fuselage sides but, if you look closely at most wartime images of the P-61, you will see that these have been carefully removed by the censor!

Even the paint scheme of the P-61 was purpose designed. The first examples were produced in standard USAAF Olive Drab, but tests were carried out by flying P-61s into (friendly!) searchlights and observing the results.

Three schemes were tested: all matt black, olive drab with matt black undersides, and all gloss black. The gloss black aircraft proved to be virtually invisible and this scheme was adopted for most production P-61s.

The P-61A entered service with the USAAF in late 1943 but it wouldn’t be until May 1944 that this aircraft would be delivered to operational night-fighter squadrons in both Europe and the Pacific. Some notable problems quickly became apparent.

The Pratt & Whitney R-2800 engines gave the P-61 poor performance at high altitudes. In a dive, there were frequent instances of the rear plexiglass section collapsing and breaking away, though aircraft were usually able to return safely if this happened. The plexiglass nose section could also distort or even melt in hot weather.

One US Night Fighter squadron in Europe, the 422nd NFS, received just one replacement aircraft and a few spares in five months of combat operations. During the Battle of the Bulge, when bad weather meant that night-fighters were virtually the only Allied aircraft able to fly, this squadron was able to muster just four operational aircraft!

The P-61B was introduced in 1944 and it included a lengthened nose that housed the improved SCR-720 radar and a set of night-vision binoculars for the pilot, mounted above the instrument panel and linked to the gunsight.

On later P-61Bs, an APS-13 airborne tail warning radar was added to provide an alert if the aircraft was being tracked by enemy radar. However, other than for these and some other minor changes, the P-61B was essentially identical to the first version and shared its deficiencies.

Most P-61A and B models were used as intended, in night operations, though a few were also used in daylight ground attack missions where their battery of 20mm cannon proved devastatingly effective.

The P-61C was a new version that included more powerful turbo-supercharged Pratt & Whitney R-2800-73 engines that boosted top speed to close to 430mph and provided improved high-altitude performance. However, the first P-61C was delivered in July 1945, too late to see combat during World War Two, and only 41 examples of this model were produced.

In total, around 200 P-61As and over 500 P-61Bs were manufactured by Northrop and used by the USAAF, and around a dozen were operated by the USMC as the F2T-1N.

There had been early plans to supply the RAF with P-61s under the Lend-Lease agreement, but this never went ahead. In terms of combat kills, the service history of the P-61 wasn’t particularly impressive: these aircraft were thought to have accounted for a total of 127 enemy aircraft destroyed. In Europe, P-61s claimed 62 kills.

To put that in perspective, American aircraft accounted for over 20,000 kills in Europe alone in daylight operations during World War Two.

Most P-61s were retired after World War Two and by the time of the Korean War (1950 – 1953) they had been completely replaced by radar-equipped F-82 Twin-Mustangs.

The P-61 airframe did continue for a few years in the form of the unarmed F-15 Reporter (later designated the RF-61C), a photographic reconnaissance aircraft with the nose radar replaced by a battery of cameras. Around 35 of these aircraft were used by the USAAF until they were scrapped in 1949.

However, the creation of the P-61 did lead to the birth of a completely new class of aircraft, the all-weather interceptor, where finding and attacking enemy aircraft was no longer completely reliant on the eyesight of the pilot.

The lessons learned in creating the P-61 would lead in 1950 to the introduction of the radar-equipped Lockheed F-94 Starfire, a direct replacement for the F-82s that had themselves replaced the P-61. After that, virtually every interceptor produced around the world had some level of all-weather capability. And you can argue that this concept began with the P-61 Black Widow. 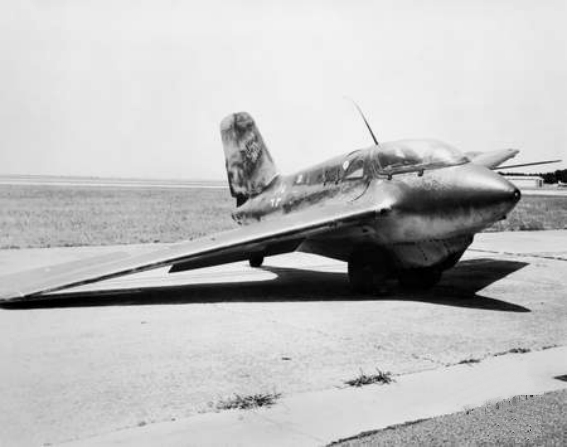 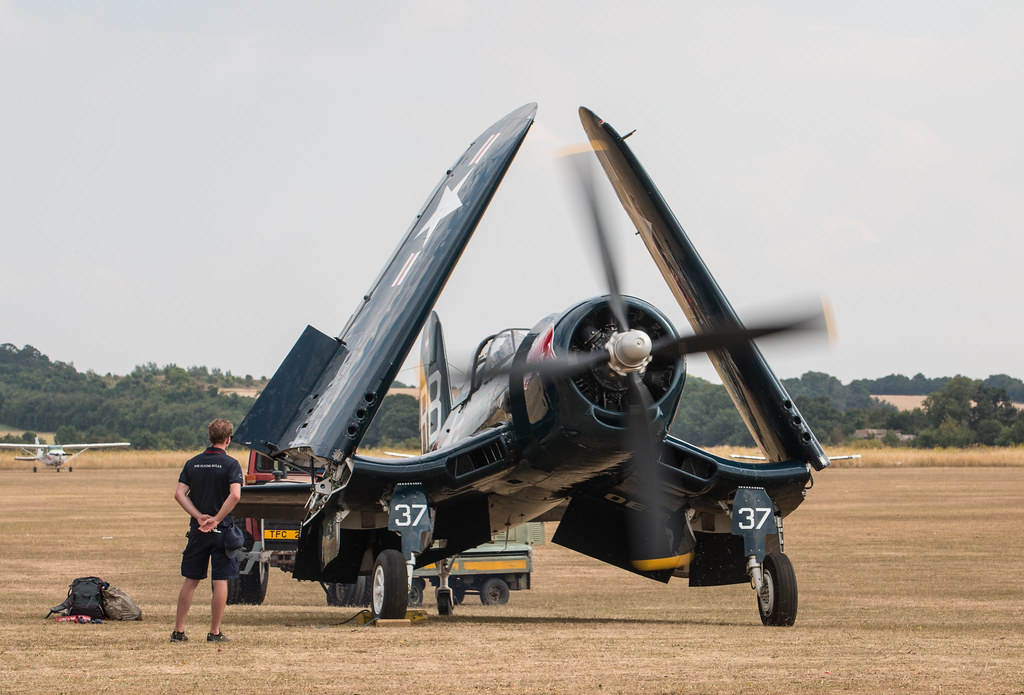 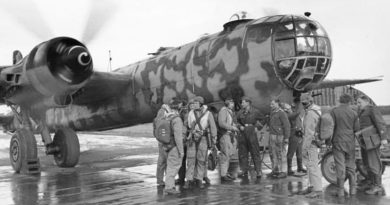 Heinkel He 177 Greif – Innovation Comes at a Price