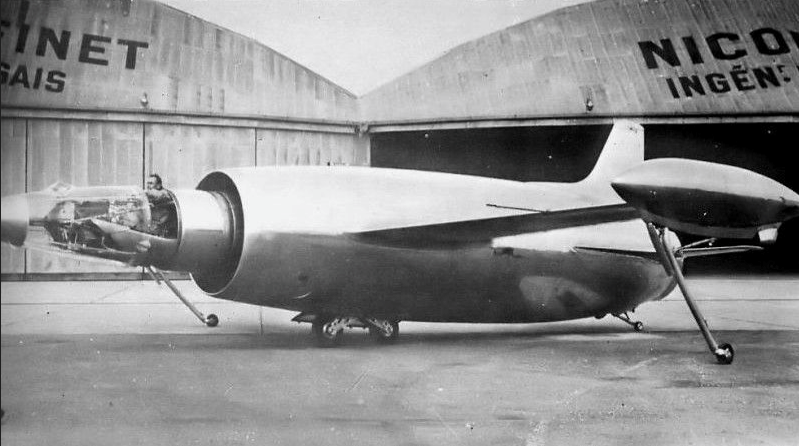 The Leduc 021 and 022 was the creation of an aviation genius. But if you were to compile a list of the best-known and most innovative and influential aviation designers, you might well include people such as Supermarine’s Reginald Mitchell, Lockheed’s Kelly Johnson, Messerschmitt’s Willy Messerschmitt and MiG team of Artem Mikoyan and Mikhail Gurevich.

You’d be right of course; all these people produced radical designs that influenced aviation history. However, there would be one person would be missing from that list: French designer René Leduc.

In the 1950s Leduc created the prototype of an aircraft that used a unique propulsion system and looked so futuristic that it seemed to have escaped from the pages of a Dan Dare comic strip. Yet today, René Leduc and his aircraft are largely forgotten outside France. This is his story as well as the story of the amazing Leduc 022.

Long before heavier-than-air flight was anything but a fantasy, one French novelist is credited with imagining an entirely new form of propulsion.

In 1657 a novel titled L’Autre Monde: ou Les États et Empires de la Lune (The Other World: of the States and Empires of the Moon) was published. This comic novel, written by Cyrano de Bergerac, may be considered as one of the first science-fiction novels and it was credited by Arthur C. Clark with first envisaging what would come to be called the ramjet engine.

However, it would be over 200 years before another Frenchman, René Lorin, produced a detailed proposal for an engine based on the athodyd (aero thermodynamic duct) principle.

This is a form of jet engine that uses the forward motion of the engine itself to introduce air into the combustion chamber. This became known as the ramjet, but it had an important limitation if used in an aircraft; it would only begin to produce thrust when the aircraft was already moving through the air.

The faster the aircraft moved, the more thrust would be produced (ramjets work best at above Mach 1). However, when Lorin published his theories in the “Aérophile” magazine in 1913, the average aircraft of the day struggled to reach 50mph. Clearly, this was an interesting idea, but it was so far ahead of its time that it had no immediate practical application.

It would not be until the 1920s that a French engineer working for Bréguet Aviation in their Villacoublay factory, René Leduc, returned to examine this idea in more detail. Initially, he envisaged an engine where a system of valves and flaps would control the admission and exhaust of air to a jet engine.

However, Leduc wasn’t satisfied with the Pulse Jet, and he almost immediately began work on a more advanced and efficient jet that would do away with the need for valves and instead use a continuous flow of air to provide smooth thrust.

In 1933 he obtained a small grant from the French government to conduct experiments and by 1936, he was able to demonstrate a functioning prototype ramjet at the Breguet factory. A contract for the next step, the construction of an aircraft in which this engine would be used, was signed in 1937.

However, the completion of this aircraft took much longer than Leduc or anyone else could have imagined due to the outbreak of World War Two in 1939.

The first prototype to demonstrate the ramjet engine, the Leduc 010, used a novel, circular, double hulled fuselage. The pilot (who had virtually no forward visibility), sat within the narrow inner fuselage.

A gap between this and the thin outer hull provided the inlet for the ramjet engine. Stubby, straight, thin wings gave the aircraft a wingspan of just 10m (30ft). Ailerons in the wings and  a conventional tail and rudder provided flight control and a retractable undercarriage with just two mainwheels was fitted.

As it was provided with only a ramjet engine, the Leduc 010 could not fly without being lifted into the air by another aircraft and released at altitude. It would then glide until it attained sufficient speed to ignite the ramjet.

This was never intended as anything except an experimental aircraft to prove the ramjet principle. Work on completing this aircraft was close to completion in May 1940 when the German invasion of France began.

The Breguet facilities, including the Leduc 010, were evacuated from Villacoublay near Paris to a new base at Montaudran, in the south of France. However, the new factory was bombed and the prototype was virtually destroyed, perhaps fortunately because this prevented the Germans from studying the aircraft.

Work on the project halted until the end of World War Two in August 1945, but even when it was resumed, progress was slow due to a shortage of resources and skilled workers.

When the prototype 010 was finally completed, a large gantry was attached to the upper fuselage of a four-engine French airliner, the SE.161 “Languedoc.”

The first flight of the composite aircraft took place on November 19th 1946 and on October 21st, 1947 the Leduc 010 performed its first, unpowered, free flight.

On 21st April 1949, the Leduc 010 ignited its ramjet engine for the first time and was able to climb and manoeuvre under its own power. The concept of using a ramjet to power a manned aircraft had been proved. But even while the test flights of the 010 were underway, René Leduc had begun the design of a practical ramjet aircraft that could also take off and land under its own power.

René Leduc left Breguet and formed a new company to continue the development of ramjet aircraft. Two further 010 prototypes were constructed and one designated the 016, was provided with two small “Marboré” turbojets fitted on the wingtips, but these provided insufficient power for the aircraft to take off.

One, the 010-02, was also provided with swept-back wings, but all these aircraft were intended as no more than flying test beds for the ramjet engine concept.

The next iteration of this aircraft was the Leduc 021, essentially a scaled-up 010 provided with wingtip fuel tanks. It still couldn’t take off itself, and on all flights, it was carried aloft on the gantry above a Languedoc airliner.

The 021 was provided with a unique plexiglass “glass-ring” cockpit in the front part of the inner fuselage and it would go on to complete over 250 flights during which it would achieve a speed of Mach 0.95.

In 1953, the French Armée de l’Air (Air Force) issued a new specification for an interceptor capable of destroying any existing enemy aircraft but while also being able to take off from a grass runway less than 1km long.

Leduc responded with what would be his final aircraft design, the Leduc 022. This was similar to the 021, but with a number of important improvements.

The front part of the fuselage including the cockpit became an escape pod that could be jettisoned to descend by parachute in an emergency. Ranging radar was added to the nose and a sturdy, retractable tricycle undercarriage was provided.

The wings were swept back at 30˚ and for the first time, a dual-power unit was fitted. This comprised a ramjet and a SNECMA Atar 101D-3 turbojet that would provide power for take-off and landing while the ramjet provided high-speed thrust.

In December 1956, the 022 made its first flight, purely using the power of its turbojet to take off and land. During the 34th test flight, in May 1957, the ramjet was ignited for the first time and in December, the 022 achieved a top speed of Mach 1.15.

This was promising, but soon after, having completed over 140 successful flights, the 022 caught fire while taxiing and was completely destroyed.

The work on constructing a second prototype had already been cancelled at that time and in February 1958, the Armée de l’Air formally cancelled the Leduc project. René Leduc would never design another aircraft.

The ultimate cancellation of the Leduc ramjet project after the completion of only a single prototype of the 022 was not due to inherent failures of the design but to other developments in France.

The continuing wars in Indo-China and Algeria were consuming a growing proportion of the military budget and money was tight for research and development. The turbo-ramjet-powered Nord 1500 Griffon was created in response to the same 1953 Armée de l’Air specification that led to the Leduc 021 and 022 and made its first flight in 1957.

Even in this form, fitted only with a turbojet, it was faster than the Leduc aircraft, and the next iteration, the Griffon II, provided with the completed turbo-ramjet engine, achieved over Mach 2. But like the Leduc 022, the Griffon never went beyond the prototype stage, mainly because of the appearance of yet another new French military aircraft, the Dassault Mirage.

The Mirage first flew in 1954. Though it was powered by only a conventional afterburning turbojet engine, early versions achieved Mach 1.4 and the first production version, the Mirage III, was capable of speeds in excess of Mach 2.

With this kind of performance available from a conventional powerplant, the Armée de l’Air understandably lost interest in potentially expensive experimental ramjet aircraft.

However, the ramjet concept is far from dead. Ramjets are capable of operating at speeds of up to Mach 5, where turbojets cease to work efficiently or at all. The British HOTOL (Horizontal Take-Off and Landing) orbital vehicle designed by British Aerospace in the 1980s used a turbo-ramjet-rocket engine though it never went beyond the concept stage.

We may yet see ramjet-powered civilian or military aircraft, but the man who first turned this concept into flying reality was the forgotten aviation genius, René Leduc. 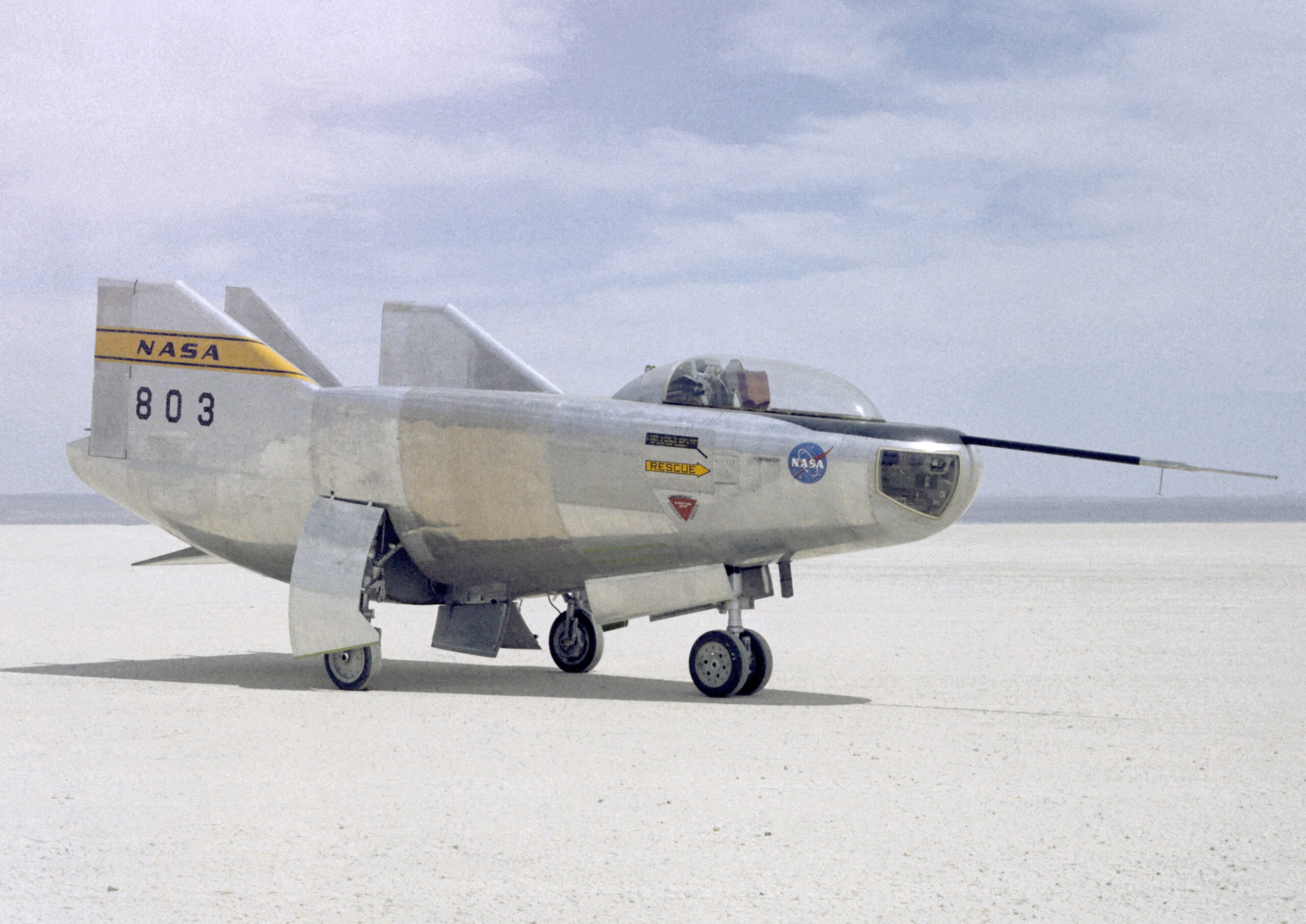 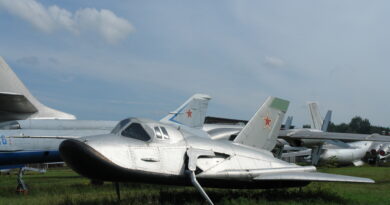 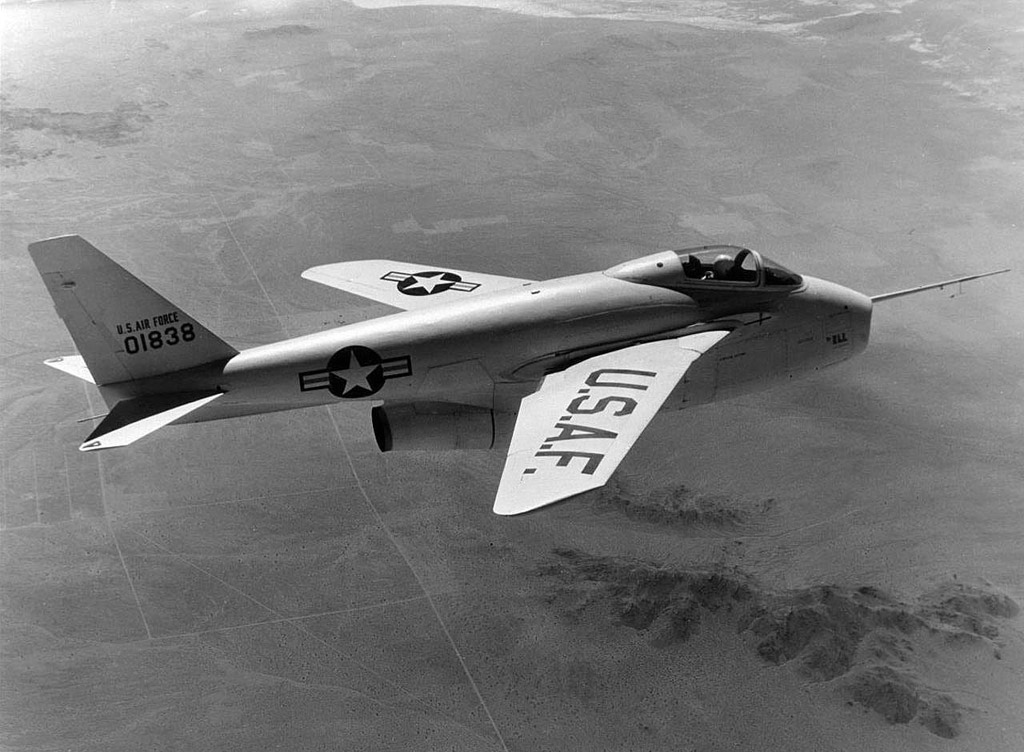